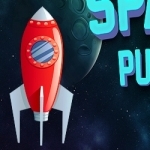 EG Space Purge is space war and protect the Earth from asteroids and small planets as long as possible! Use your mouse to move and shooting. In each level you have of ammo which increases the number of hits, get the extra score and ammo at the end of the level. The game has a bonus: three types of your spaceship, three types of laser, protection spaceship life improvements. Ecaps Games with tons of games for all ages and bringing fun to player Play free online games Have fun! EG Space Purge is a terrific game which you can play for free in in friv-3000.com. With EG Space Purge game, we supply many cool Friv 3000 games to play at no cost.

Use Left Mouse button to Play